This article follows on from the play for free article; in this article I’ll walk you through the process of creating a one shot of adventure using nothing but the basic rules.

OK so we’re going to create a one shot adventure that your players should be able to complete in one session of approximately 4 hours.

We’re being limited slightly here by the creatures covering in the basic rules, and those suitable for 1st level players.

Note: We could play around with the stat blocks in the basic rules and create anything we wanted but we’re keeping this newbie adventure simple.

Since we want our foes to have at least some sort of plan we’re going to use something humanoid and at low level we’ve got these main contenders:

I’ve taken orcs, and any race above CR 1/4, out of the equation so we can have numerous bad guys in an encounter without overwhelming the players.

Using a humanoid bad guy could work but if we’re trying to introduce players to a fantasy world and if their first exposure is just humans it might be a little underwhelming.

So here are our creature options.

They have history, lore, religion and motivations throughout Dungeons and Dragons but that’s the problem.

We don’t want to force newbie Dungeon Masters to learn all that lore before they use them.

Not only that, if you tell the players “you walk into a small room and find two kobolds going through the bag of a dead human on the floor,” your players are likely to ask “what’s a kobold?”

Now if you say to your players, “you walk into the room and two goblins are fighting over the contents of a stolen bag,” they are likely to have a visual image in their head.

Goblins are one of the core bad guy races, they team will with other creatures and are smart enough to use tactics against players.

In fact, goblins were my first thought when starting this process.  I had a story hook and a great way to build it into a campaign, (which I will produce at a later point) but I finally decided not to go that way.

I decided to go with undead, goblins are used a lot in starter adventures so I wanted to offer something slightly different.

Undead are easily recognisable to new players and there is a nice variety of undead available in the basic rules to choose from.

Now we have just need a story to hook our players.

So I’m going to work backwards, looking through the stat blocks I noticed a wight would be the perfect boss bad guy.

A wight is an intelligent undead who raise zombies of the people he kills, they are also driven to full fill their goal and their ongoing war against the living.

I like the idea of a weak necromancer who while isn’t overly skilled in his magic has a talent for research. He’s obsessed with infusing more power into the his undead minions and his studies manage to attract the attention of a very dark entity.

When age and ill health finally take his life, the entity, not wanting to lose out on a potential method to strengthen their forces, raise the necromancer as a wight to continue his research.

So we’ve a simple and clear win condition that is easy for the players to understand, kill the wight and his forces.

Our big bad’s main function is research so it would make most sense to put him in a secret laboratory where he studies the darkest magics. This is a great option as it lets us add in plenty of flavour, the smells of death, decay everywhere, we can push the creepy factor as much as we want.

He wouldn’t be able to get away with this kind of research where he could be found out, so we’re talking a secret lab, fortified against intruders.

So how do we get the players to the location and motivate them to endanger their lives?

Well lets give our bad guy a noble background, he died at home and the rose from the dead and made his way to his secret lab, his son, who was clueless of his dead father’s illicit research tracked the undead wight to the entry of the lab, within the first room he was presented with a vision so evil and dark that he immediately left, locking and sealing the lab behind him, ordering his most trusted servants to barricade the entrance and seal whatever evil away forever.

The family bury an empty coffin in the family crypt and try to move on. Months later some of his father associates come to the house enquiring after the research he was involved with.

Not believing the noble’s son story that the research was destroyed, they proceed to ambushed and beat one of the servants who barricaded in the wight, torturing the location of the lab out of him.

That was a earlier this week and when the nobles son heard of adventurers in town he assumed that it was fates hand, he’s willing to pay a significant amount to ensure that his fathers dark activities do not soil his family’s name, not only for him but his infant daughter.

He’s offering 100gp if the players can go to the lab, clear it of any evil being still residing within so he can then send in his servants to burn it with holy oil, salt the earth and then collapse it completely.

If the players run into his fathers associates, they are the most evil of people and there would be a bonus 50gp to silence them permanently.

Unbeknownst to the noble, the associates found their way to the lab shortly after getting the information from the servant. There they were quickly dealt with by the wight and in the days since have all returned to “life” as zombies, following the wights instructions to stop all intruders.

So we’ve got our seed, we will polish the interactions and give our important NPCs some names and flesh out their backstories later.

Next we need to create a map and plan our encounters which we will do in our next article. 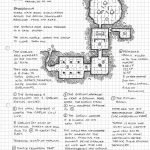 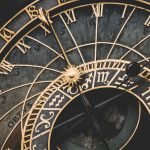 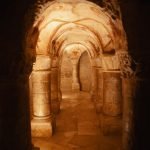